A recent children’s spy book, Secret Agent 44: Who Stole Air Force One, from author Dow Kump proves itself a playful, adventurous, and most engaging affair.
This relatively unknown author first came to my own attention quite a few years ago when I was wandering the isles of my library's book store.
A book with a space shuttle pictured on the front caught my eye. The book itself had been tossed in the corner. Project 00 was luring me to its side.
The cover art looked a bit like one of those early/mid-2000s video game.
There wasn’t much in the book store then, and after all how bad could a book with a picture of a space shuttle be? As a matter of fact those products are usually the best—anyone remember The Magic School Bus?
The book turned out to be an amusing, well-written adventure…and the author's name was inscribed in the front.
His new book is more aimed at readers in the second and third grade according to Kump’s website.
It shared with his previous book the familiar video game-esque cover art.
Kump seems to have a knack for taking the wildest, dearest boyhood fantasies and turn them into a wholesome young reader’s delight:
12 year old Charlie Richmond dreams of walking in his Dad’s shoes as one of the greatest spies of all time.
Richmond trains himself, innovates new gadgetry, and sets his sights on a particular mission to accomplish, only to bungle and make a disappointing slop of it.
However, his understanding mother encourages him to pick himself up, dust himself off, and continue to reach relentlessly for his dream.
Richmond only finds himself in the middle of further mishaps.
When the powerful and undeniably cool Air Force One disappears, Richmond goes after the crooks in charge.
The thieves, two dim-witted magicians have obtained a dangerous device that transports any object from one location, plopping them roughly in another.
Upon finding the large aircraft, he sets up camp inside the machine and develops an elaborate scheme to thwart the magicians by using wit and gadgetry. 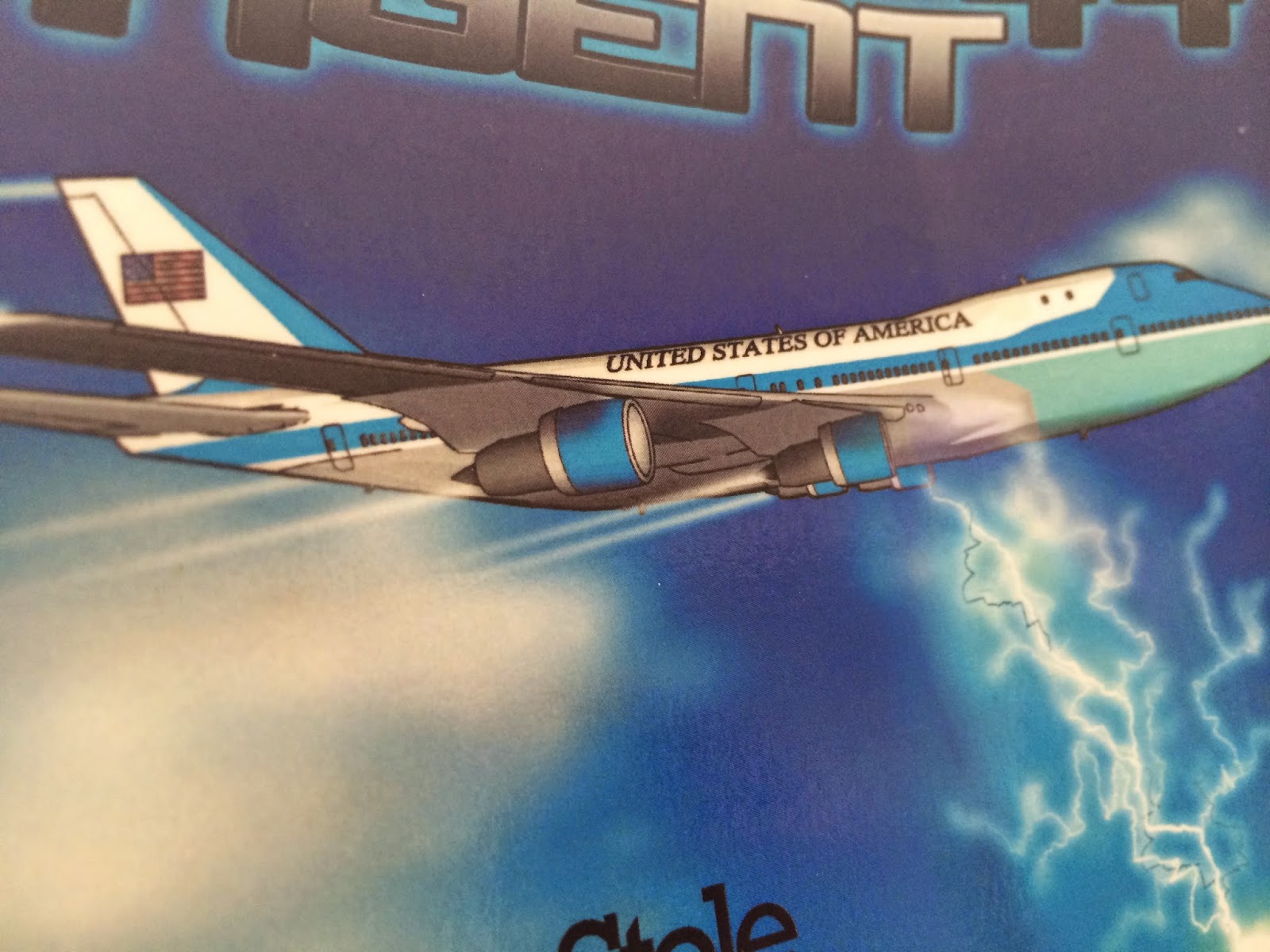 His father and his team espionage swingers find Richmond, and the two teams end up battling two evil magicians while the plane is in flight and trying to land it in a football stadium.
Kump believes in attaching themes to his books. For Project-00, it was “nothing great happens without determination,” and for Secret Agent 44, it reads “follow you dreams,” according to his website.
The book was atypical only in its enduring, somewhat attractive outlandishness, perfect for young children—as well as those who perhaps still wish they were young children.
Richmond was decently fleshed out, though his brother was formulaically reminiscent of the elder sibling in his previous book, though I don’t think readers will mind.
The writing is clear and solid and formulated for a child’s accessibility.
Some children may find the message of the book cheesy and too mushy for their likening. Those youngsters never bother to read anyway. 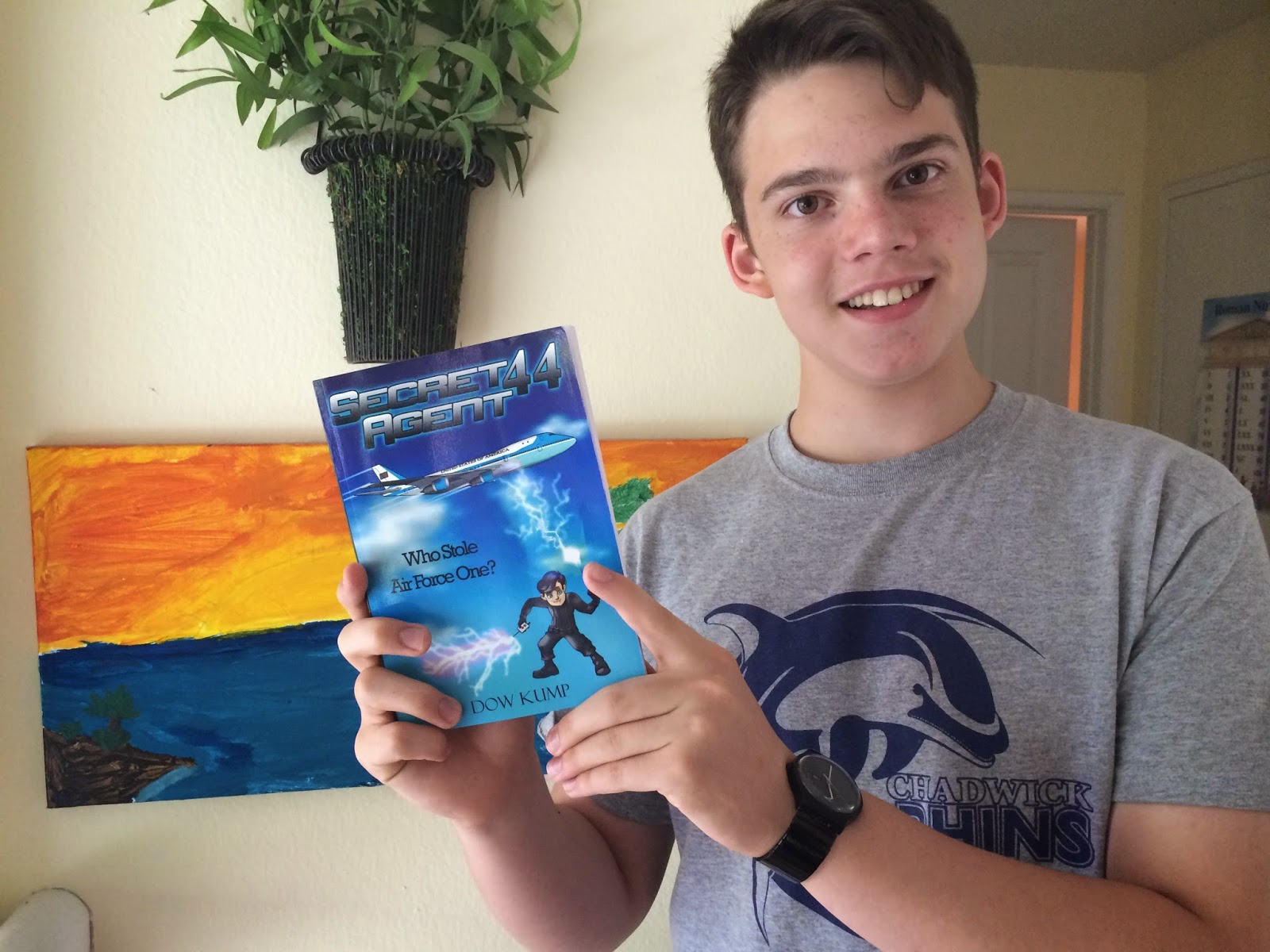 I would commend Kump on his delivering a valuable message; it’s what more books should be engaging in. It’s this, and the author’s magnificent imagination to match a child’s mind that make this book worthwhile.
It’s Leave it to Beaver, but with the James Bond/Alex Rider excitement. In short, that adds up to something recognizably Disney-esque.
As a matter of fact, it would be a fun candidate for a Disney movie: a fun sibling relationship, two bumbling crooks, excellent message of following your dream, as well as the importance of family, a brave, determined and certainly innovative main character, and a dozen Shirley Temple’s worth of action.
The best part might be the sequence when Richmond rains gadgetry and pitfalls onto the crook magicians, almost like something from Home Alone.
It’s rather fun to visualize, even for someone who’s past the reading target such as myself.
Kump has transcended his imagination with a captivating young read, held at its core by one of the finest messages one can offer the young, determined mind of any age: Follow your dreams!
The book can be found online at Amazon or at the author’s website. My recommendation is to obtain the book for your elementary school student.
Chances are, it’ll do much for them than anything they’ll read in school.
Copyright 2014 by Robert Steven Mack, all rights reserved.
Posted by RSGM News/Movies/Entertainment at 11:53 AM