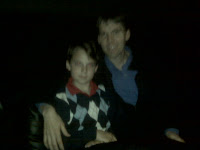 A new era in entertainment has approached us in the last decade. The films of today have cast a shadow over the films of yesterday. New actors ascend to the thrones of stardom, while the old stars of yesterday fade away on the horizon.

As in the world around us, everything is changing in the movie industry: the technology, the style…even the Walt Disney Studios, a place where dreams had once come to us in the most vivid and exciting way. With a new kind of Hollywood in place, and that genius Walt Disney not able to lead them through changes, is the Magic Kingdom of Disney doomed? Did it lose its imaginative touch?

I have now the opportunity and great privilege to review one of Disney's newest films: Alice in Wonderland, directed by Tim Burton and starring Mia Wasikowska as Alice, Johnny Depp as the Mad Hatter, Crispin Glover as the Knave of Hearts, Helen Bonham Carter as the Red Queen and, and Anne Hathaway as the White Queen.

The new story of Alice takes place several years from Alice’s first encounter with Underland, which, as we learn, she misunderstood as Wonderland. Alice, now at 19 years of age, is haunted by her re-occurring dream of a strange place far away that she had been dreaming about for years. Not finding her place in society, she accidentally falls down the “classic” rabbit hole to Wonderland. Yet, times have taken their toll and Alice is welcome to a run-down Wonderland with the Red Queen on the throne ruling with an iron heart and fist. It soon turns out that Alice was brought here to battle the ferocious Jabberwacky in order to win the land back to its rightful owner - the White Queen.

If you recall from my previous review of a 1933 adaptation of Alice in Wonderland, I came up with the testable hypothesis that visual effects were not necessary to tell the story of Alice in Wonderland. I said that all ingredients you need are good actors, costumes, and a good story line to drive a film and make a good movie.

That may be so. However, in that very same review I also made a prediction that the new film would filled with visual effects and less rely on real acting and STORY PLOT as the camera would take over the starring role. This made me wary to see the film, but I decided to have a little faith in the Walt Disney production. Although the usage of amazing special and visual effects were humongous, and the use of technology was extremely high; the storywriters did an equally amazing job and came up with an intriguing, original, an exciting story about Alice’s return to Underland. The acting was not bad either.

In other words, I was wrong! My mother, Diana, was positively exalted about the movie: “Alice is a new woman – a daring misfit. She rejects the safe haven of marriage, she is neither the Queen Bee nor her alter ego, the vindictive Red Queen. She decides to seek out new worlds…follow her own dreams and make her own fortune. Wonderful!”

It is interesting that it was Tim Burton - a visual genius, yet arguably a somewhat of a “nutty” director – who made the best Disney film that was not produced by a Disney/Pixar partnership in years! It may be that this film is the only actual sequel to the 1951 Disney film, even though Tim Burton said in an interview that this film was not a sequel but an extension or continuation of the original story. He added that he did not want to go by the usual list of characters and events but wanted to do something a little different. I surmise, it shall however be regarded by many fans as the actual sequel, if there is to a continuation of this film as then it would have to be quite different for it to be successful.

In any event, this is not the Alice in Wonderland that you remember, and it comes as no surprise that this film was one of the highest grossing films in 2010(and of all time!) This is a witty, charming, action-packed adventure with a delightful comic flair about a 19-year old girl who finds herself in the world! Just like Wonderland -or was it Underland? Prior to the release of Alice Disney Studios was not in the best of shapes. If Disney would make the wise decision of making more movies like this one, then perhaps this film has shone the way to a bright future for Disney Studios. Just like Alice had done for Wonderland!

Of Rice and Men by Robert Steven Mack

Check out my video about a cool website I found: it can raise your word power and feed the hungry. Copyright 2010 by Robert Steven Mack (all rights reserved)

Labels: Of Rice and Men by Robert Steven Mack

Robert's Movie Review of the Week: "Alice in Wonderland or What's a Nice Kid Like You Doing in a Place Like This? by Robert Steven Mack

I read about it on Wikipedia, and I finally watched it at the Paley Media Center in Los Angeles: Alice in Wonderland or What’s a Nice Kid Like You Doing in a Place Like This is a colorful and enchanting one-hour Hanna-Barbara animated TV Special which originally aired in 1966.

Although an important addition to television history, this piece has unfortunately not been released on DVD, and perhaps one of the only places where you can enjoy this classic might be at the Paley Center for Media in Los Angeles. This Alice television special is a valuable addition to the frolicking series of films based on the classic children’s novel Alice in Wonderland by Lewis Carroll about a young girl that goes on one of the most curious adventures in the history of literature.

The story had been altered slightly and instead of Alice falling down the classic rabbit hole she falls through a television set which is most fitting for the times. Nowadays, it would have been video games! Also, Alice’s tender mice-eating cat Dana was replaced by a yappy playful pup named Fuffy. Perhaps one of the biggest surprises in the film would be the appearance of Fred Fintstone and Barney Rumpoble from the The Flintstones, voiced by Alan Reed and Mel Blanc, as the two-headed caterpillar. Most peculiarly, an introduction of yet a new character, Hedda Hatter, is voiced by Helda Hooper.

It stars the voices of Janet Waldo as Alice (the voice of Judy Jetson in Hanna-Barbara’s the Jetsons), Pentolope Pitson from the classic Hanna-Barbara animated series Wacky Races and it’s spin-off The Perils of Pentolope Pitson, and Judie McCoy from Judie and the Pussie Cats, yet another addition to the Hanna-Barbara’s legacy. Howard Morris is stars as the playful White Rabbit, writer Bill Dana as the clumsy White Knight, and Sammy Davis Jr. is singing the title song “What’s a nice kid like you doing in place like this?”

It is unfortunate that the Hanna Barbara Special has not been more popular in recent years for it is a truly enjoyable tele-film and would be a real treat for any Hanna Barbara fan or something to just watch for fun by anyone! In any event, I was thrilled to see be able to see this tele-film for I can consider it to be a real television classic.

Labels: Movie Review of Hanna Barbara's "Alice in Wonderland or What's a Nice Kid Like You Doing In a Place Like This" by Robert Steven Mack
Newer Posts Older Posts Home
Subscribe to: Posts (Atom)