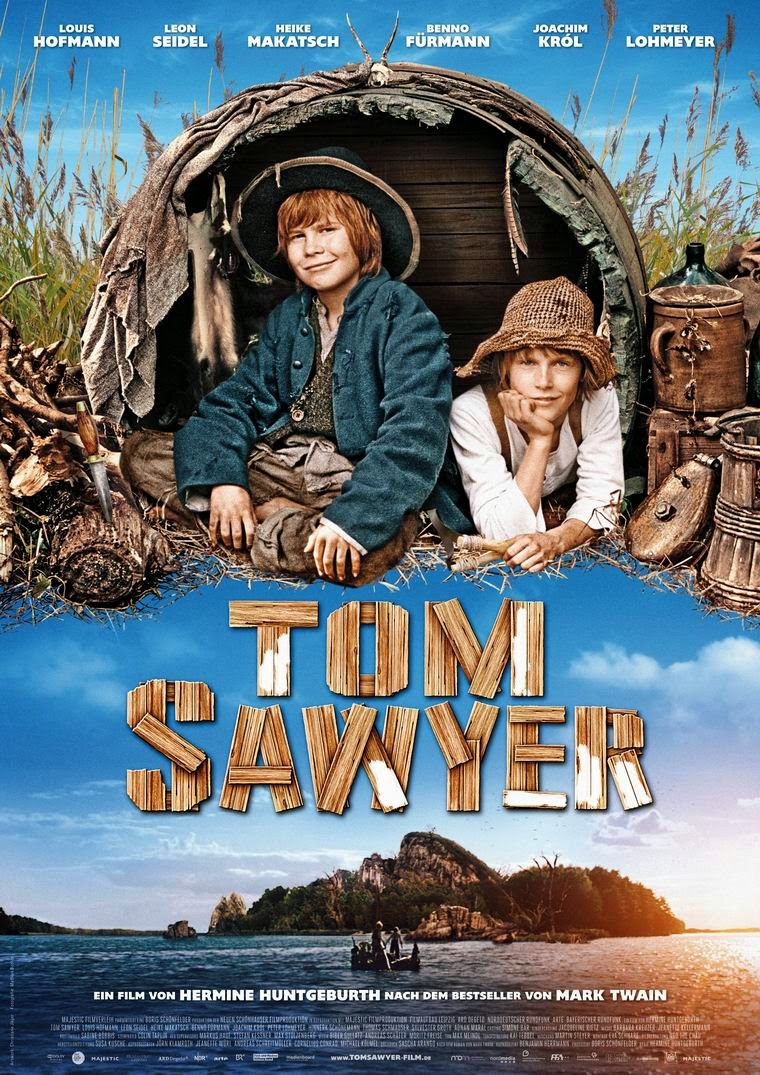 In my opinion, no American child should be deprived of Mark Twain’s immortal story, Tom Sawyer. It’s a heavenly depiction of childhood and adolescence at its grandest form. I was surprised to find that what I had always considered a distinctly American tale had caught the attention of the German cinema crowd. Well, why not? We use the Grimm fairy tales all the time in our own movies. Tom Sawyer (2011) showed us the story actually better than most other adaptations I’ve seen. It is highlighted through a cast who work well with each other, as well as scrumptious, sublime story telling that is not overdone but emotionally fulfilling and accessible to an audience, who won’t be disappointed.


For those of you who are unfamiliar to the immortalized adventures of one of the most famous lads ever to get himself into a heap of trouble, Tom lives with his Aunt Polly and Sid, his half-brother, in the fictional town of St. Petersburg near the Mississippi River. Tom is a clever one who cleverly ropes kids into appreciating the nonexistent “joys” of painting a very long fence, and hangs out with Huck Finn, a classic dropout and freewheeling social outcast. Yet, they are good friends who trust and support one another.


Their friendship, however, is put to the test when they witness a murder and swear not breathe a word about the bloody affair to anyone, which Tom eventually does against his friend’s will. This leads Tom on a number of adventures and misadventures that turn to Becky Thatcher, the mayor’s daughter and the girl Tom fancies.


The film is character driven and brilliantly aware of itself. Aunt Polly and Becky were displayed not as whimpering, characterless numbskulls whose laughable stupidity drags through the film and who can do no more but smile throughout the entire picture as if somehow proud of their dentistry, but as strong-willed, and somewhat commanding feminine characters. It was particularly delightful to watch them when the mighty Tom Sawyer himself had blatantly no means of escaping their will. A number of viewers in the theatre were actually delighted when Aunt Polly gave Tom a rather decent slap in the jaw when discovering he lived. There were other such moments when Tom Sawyer was out shown by the opposite sex. Indeed, Tom adventured more with Huck; less stressful. 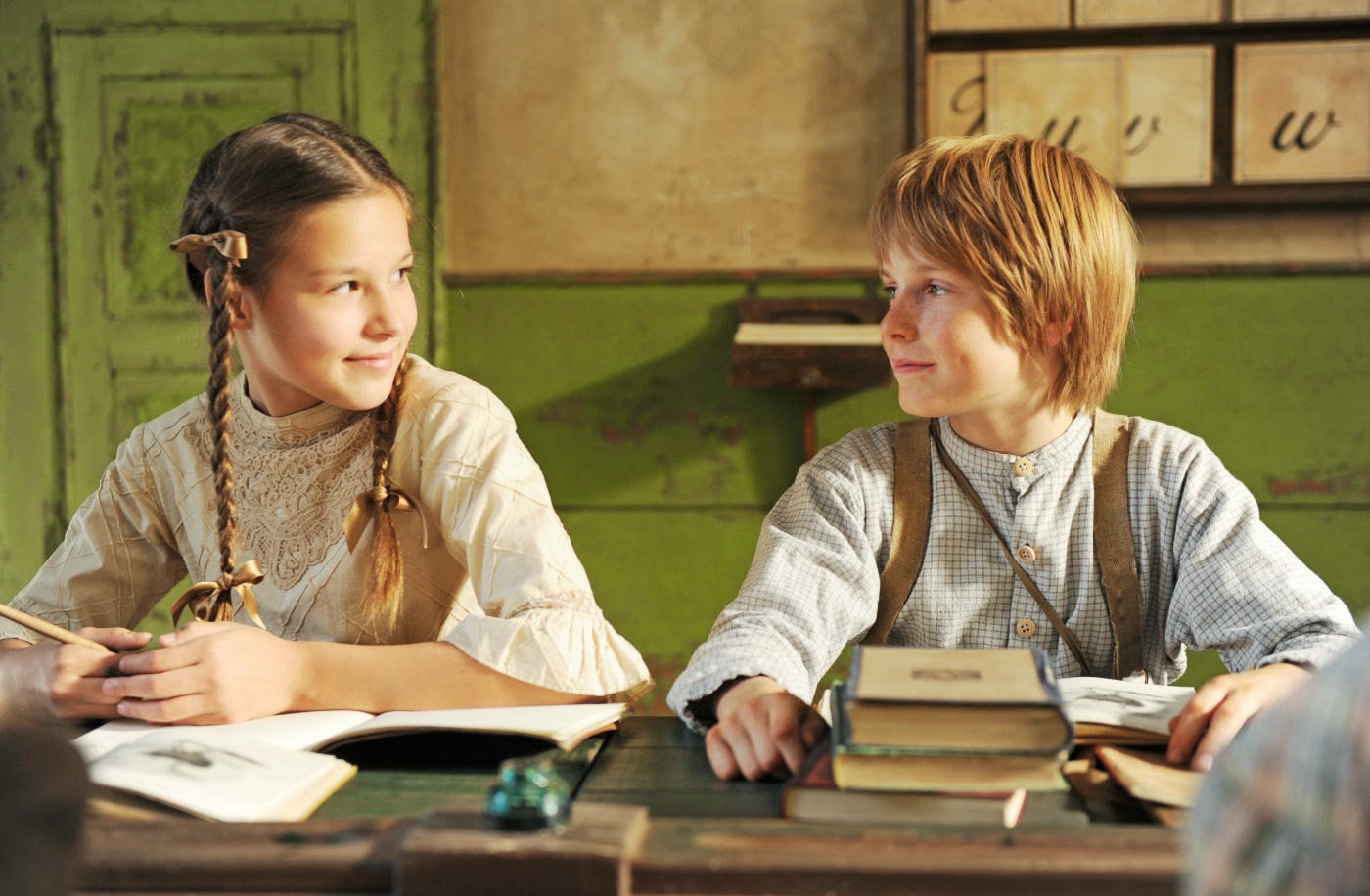 
The Adventures of Tom Sawyer is one of the greatest coming-of-age stories one will ever come across. From his experiences with Becky, to his adventures with Huck, Tom is shown always in the mode of a hidden confusion. There is one moment when having won Becky through a hideous beating, he is invited to her wealth-laden backyard, which is as elaborate in decoration as is Becky in ideas. Though he feels high and mighty for a time, this quickly erodes to make way for a nervous wreck. So once Becky comes on a bit too strong for him, he says a whimpery good bye and runs of to play with Huck, showing that perhaps he is not as grown up as his courage might have some to believe.

Tom and Becky were played fittingly by Louis Hoffman and Magali Greif, respectively. The two conveyed classic characters perfectly, though Hoffman didn't always seem dirty enough, but Leon Seidel portrayed a slightly poochier-than-I-expected-looking Huck. That being said, the three child actors carried the show amiably and to great content, which is crucial in this type of movie.


Though Tom and Huck Finn are, though the best of adventuring friends, at times at odds, when Tom does find himself wanting to spend more time with Becky. Huck, a social outcast, feels then rejected and finds himself resenting his maturing friend. The film displays beautifully this relationship how their difference is social status triggers tension and a gradual split (though amends are eventually made). To elaborate, Huck’s dad is a drunk, mentioned quite emotionally by Huckleberry in the film, and a hideous influence to the unlearned child. This differs Huck from Tom, who has Aunt Polly to care for him and see that he is educated. Huck, because he doesn’t go to school, is a far more independent and indeed lonely youngster. He depends on his friendship with Tom. The actor who played this character played him as such, he was not unnecessarily cocky but just…lonely. Of course Tom’s betrayal of Huck’s wishes when telling on Injun Joe is another slap in the face.
The tension was well played out and was never as cheesy as some lesser versions. 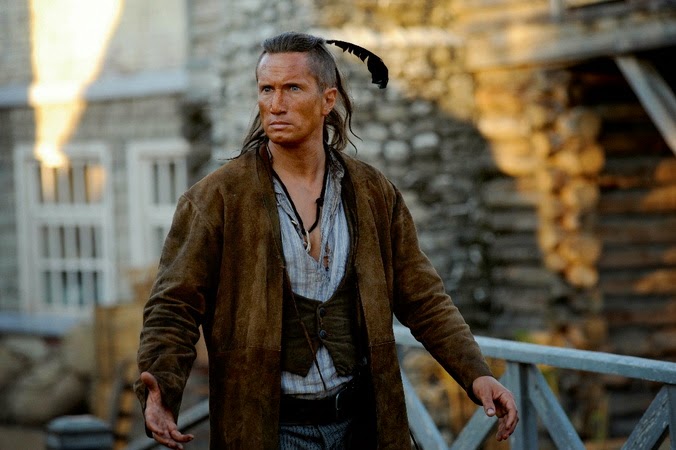 Furmann as Injun Joe
Benno Furmann plays a creepy, and complex, Injun Joe. The bit where he falls for Aunt Polly is heartbreakingly genuine, and not found in many film versions. It is out of pity and unbigoted goodness of heart that she befriends him. Well, he found a friend a little too late. Tom's conflicting feelings about Injun Joe (having seen him murder a man), are played out well with stellar performances by other characters and a well-conceived nightmare sequence involving Injun Joe and Aunt Polly. Injun Joe, however is finally revealed as a Mephistophelean character and is defeated by Tom in a well-rounded and believable climax that does justice to the rest of the film.

Though the film will be unavailable to the majority of American society, it is most certainly a memorable adaptation well worth writing about. Though I have enjoyed writing to you about this picture, I did have more fun watching it. It’s an emotionally satisfying, fulfilling adventurous and witty motion picture that fathoms an excellent reason to learn German!


At this moment, thinking of the film, my new book version of Tom Sawyer is by my side waiting for me to revisit a longtime favorite. I’ll probably read all night long. 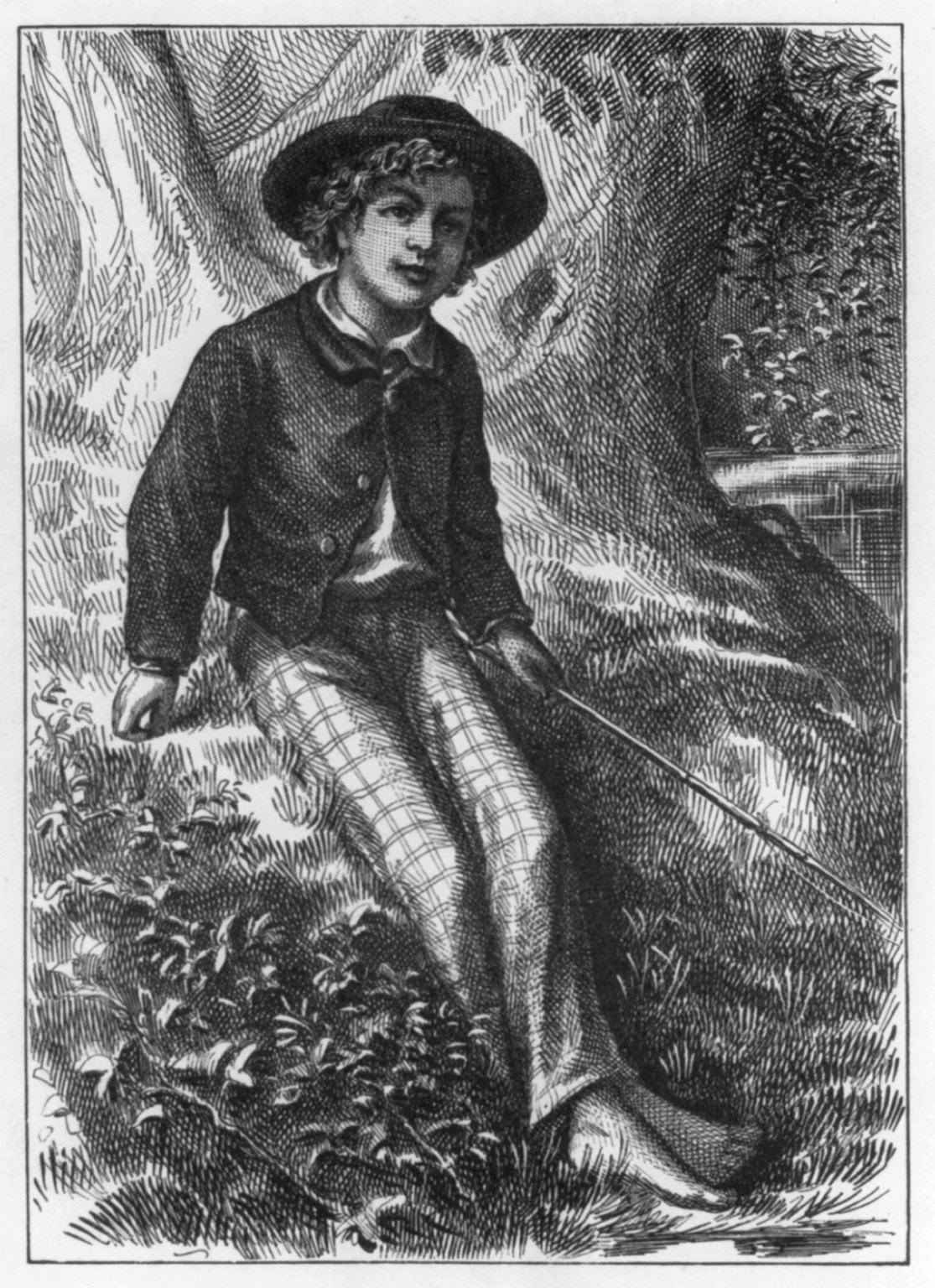